Land of Sky and Clouds

One of the things that Ralph and I always marvel at about New Mexico is the skies and the clouds.  When we’re in New Jersey and get a perfectly blue sky we often say, “It’s pretty, but it’s not a New Mexico sky.” We’ve also wondered if people who have grown up here or have lived here for a while are effected in the same way.

Our friend Craig has been known to say, “Oh, well, just another Silver City sunset.”  Just joking because he still appreciates it after 15 years.  Then we met our neighbor who moved in since the last time we visited.  We shouted our hellos from the front step and asked if we could come over to introduce ourselves.  We said we hoped we weren’t disturbing her.  She said she was just watching the clouds then pointed out a dragon in the clouds.  She is new to this neighborhood, but was born and raised in Silver City.

I guess that we’re not the only ones mesmerized by the sight.  Last night a big thunderstorm was trying to happen.  It probably did rain somewhere in the area, but we saw no rain, only some incredible sights. 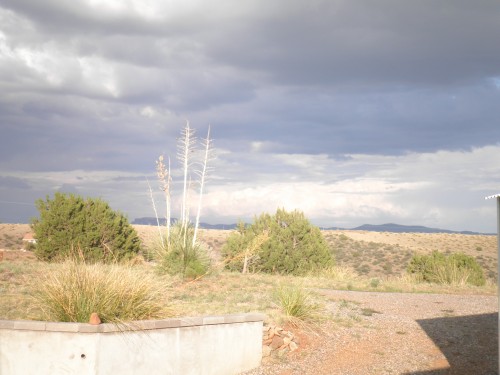 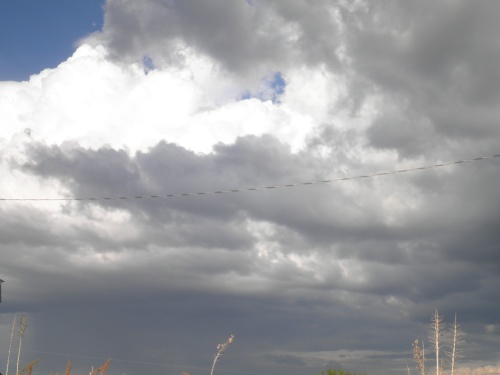 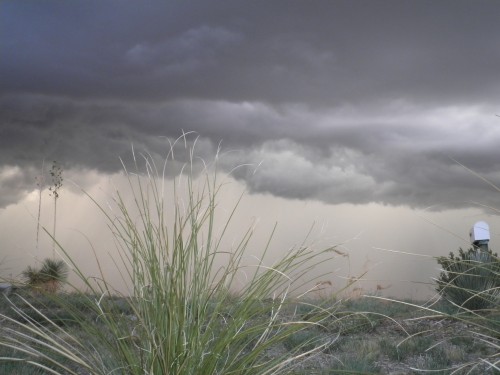 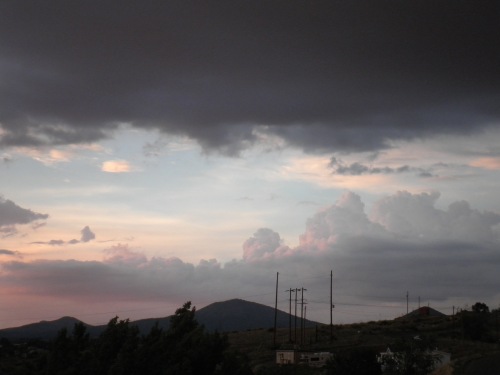 I’ve mentioned my intention to load up all of these on my Facebook page, but I’m still having issues on getting an album to load properly.  I’m sure it’s something simple I’m missing.  When I get this figured out I will do that.

For the time being, these are my two favorites… 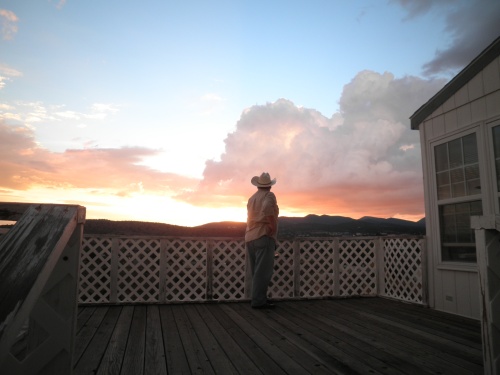 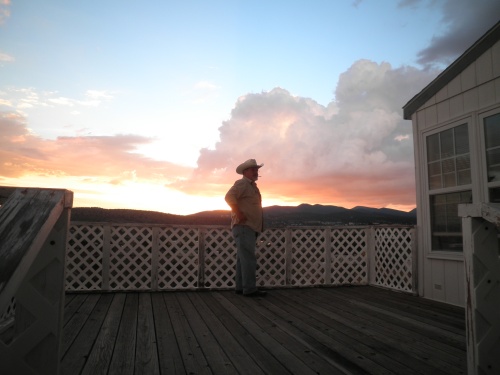 I think he looks just a little bit at home, what do you think?  I’m very happy to see him looking so content, here in the Land of Sky and Clouds.

This entry was posted in Uncategorized and tagged Enchanted Days, photography. Bookmark the permalink.

6 responses to “Land of Sky and Clouds”