A while back, I had added a tag called Sneaking Around.  I had bought a crazy pair of plaid sneakers and the sneakers went on adventures…no seriously, they did.  Haven’t had an adventure with the sneakers for a while, but my sister Ele dragged me to the Mall on Monday (Bleck!!  The Mall…I am not a Mall person) and it got me thinking about sneakers…

First, we had a fun excursion to a tea store there where Ele had a gift card.  I Love their tea, but their employees are Overwhelming.  It’s a tiny store and there’s nowhere to get away from them.  You just have to keep saying “No, Thank you…No, Thank you…”  The woman who helped Ele should have said “No, Thank you” to her eye makeup.  Someone who loves her needs to tell her that’s Not attractive!  We did get to taste some of the teas and they were delicious.  Not in my budget right now, though.

So back to Sneakers!

In my efforts to be thrifty, I was being very stoic and not even considering buying sneakers (Actually, earlier in the day I had been Thinking about it at K-mart, but if I passed on them at K-mart, I was definitely passing on them here!)

Luckily for me, most of the ones I really liked did Not come in my size (Huge!) 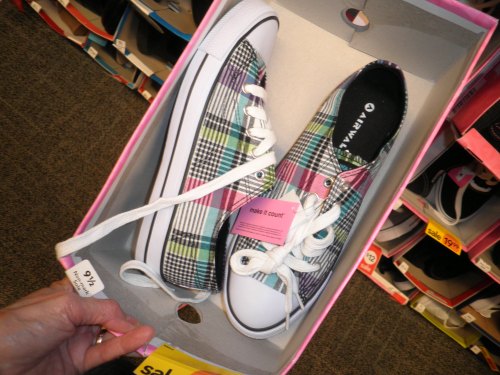 These were cool, they could have been contenders And they were in my size, AND they were on sale. But I was being strong.

I liked these a Lot, but no…no…being strong. 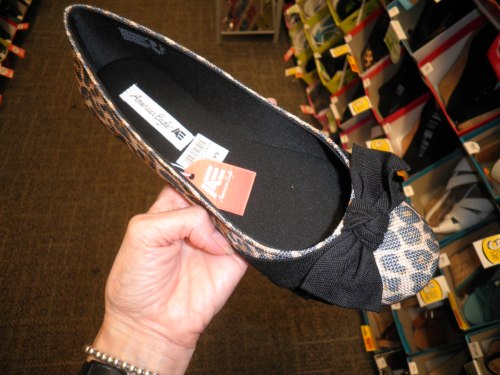 Some Non-sneaker fun…I Love Leopard print!!  The bow is a nice touch, too!  😉 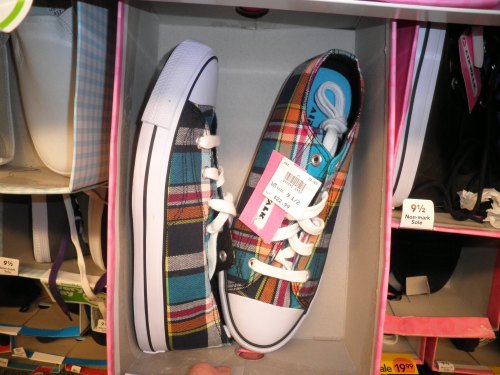 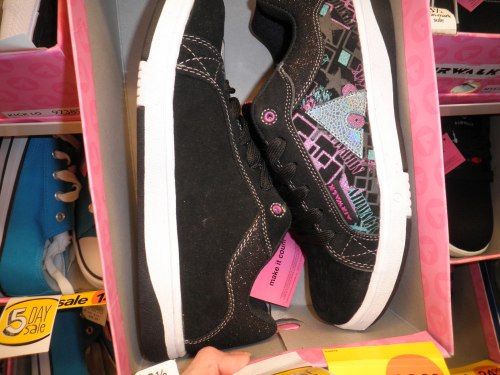 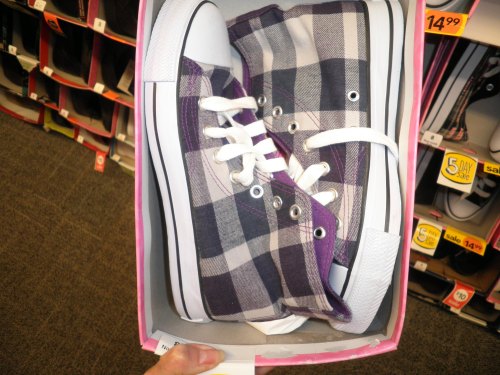 These Would have been the Winners…high top purple plaid sneakers…heavy sigh…  But fortunately (for my no shoe purchase policy anyway) They were not in my size and they were not on sale.  As Ele was making her purchase, the nice salesman offered to check in the back for my size, but I just said…”No, Thank you…”  😦

This entry was posted in Uncategorized and tagged Sneaking Around. Bookmark the permalink.